The scene is very familiar in any establishment that sells alcohol and closes at 4 AM: a person that can’t hold their liquor winds up throwing up and bumming all the other kids out. The restroom becomes a war zone. Bodies. Everywhere. OK, it might not be that dramatic, but it’s beyond disgusting. A pub, in the neighborhood of Bela Vista in Sao Paulo, the Blue Pub, decided to charge its patrons 20 Reais (roughly $9) every time they make a mess.

They call it the “puke fee.”  I understand, it happens to the best of us, but some people, and I’m talking to you, yeah, you dummy. Some people just never learn their lesson. If you can’t drink, just don’t. Or have some god damn self-control!

They should call this the “stupid fee” and you should pay for it, knucklehead. Does anybody enjoy seeing someone eject Jabba, the Hut’s guts on the floor right in front of you as you try to have a good time? The answer, imbecile, is no.

Is it an abusive fee? Yes, it is. But, so is the amount of money that movie theaters charge for anything they sell. The only thing you can do is stop buying crap there. And, you idiot, have to stop drinking more than you can.

The institute that defends the rights of consumers in Brazil, Procon, is not happy about it and they are going to investigate the matter. Meanwhile, the Blue Pub is making a lot of money on morons and unicorns always fart rainbows when stupid people lose money on stupidity.

‘Tis Brazil is a curation of the latest trending topics, political rows, viral videos, social network storms, and memes that only make sense in Portuguese. We will also be translating comments from netizens, giving you a view of how ordinary internet users think in this fast-changing, sleeping giant, impavid colossus.

More From: Brazil Music Plus 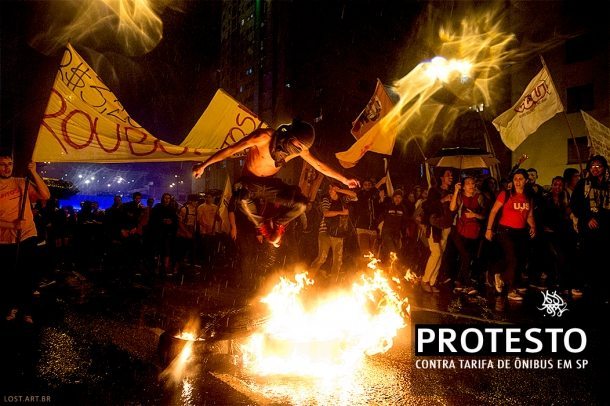