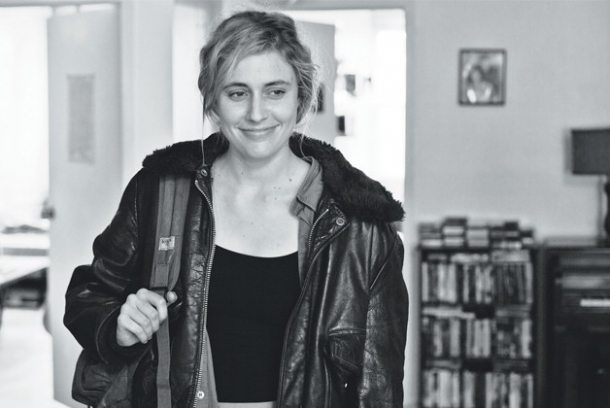 The first and only movie directed and written by Noah Baumback before Frances Ha, which I can remember, was Mr. Jealousy (1997). It came out when I was a very young teenager. I remember loving the movie for a variety of reasons, despite being too young to fully grasp the adult themes. I was seeing it more as a comical movie.

I loved the screwball comedy aspect, the structure that goes back and forth, the shots of parts of New York and the true New York style one does not see often in movies, the acting, and the fantastic soundtrack. One of the aspects of the film which most caught my attention, however, was that it was one of the first movies I had seen in which there was an interracial couple who were also main characters in the film (the best friend couple to the main couple). They had a million problems and fights – yet race never came up once. It was absolutely not relevant.

This very casual and subtle touch came through again as I watched Frances Ha. This time I was watching a movie at an age in which it spoke to me (being a female and around the same age as the characters). It’s an extremely New York City tale that truly captures the times that we are in (Baumback has a talent for getting NY culture and being visually true to what the city is). With small cracks at the hipsters, which I also identified with from my own experiences, such as the brilliant scene where her new male roommate (a trustafarian) shows his apartment full of family portraits on his wall, and then proceeds to say that it’s not his family, simply strangers.

I did watch Mr. Jealousy again in the last few years, which has become more relevant as I get older now and grow into the same age group, and with similar struggles (both movies deal with late twenties and reaching thirty baggage). The common thread I noticed in both films is that the characters and story lines he creates are not necessarily pessimistic, but extremely realistic on what happens to most people around that age.

The novel that has not been finished yet, watching your peers and comparing your own life to theirs, things not happening as one thought they would, having to come to terms with ourselves and maybe the adults we have become, as well as the baggage we begin accumulate and carry in career or romance, are some of the many examples.

In both films the characters do not necessarily lose any battle, but discover a satisfaction with the way things turned out, or continue to try, despite it not being what they imagined. Isn’t that how life works out for most?

I had heard about Frances Ha being about a failed relationship, a dancer, etc. I could not completely grasp from the reviews what the main plot of the movie was (besides her being a dancer). After watching the film, I was surprised that the failed relationship does not comes up at all, simply being the first scene and the most irrelevant in my opinion.

In the story, Frances is 27 years old, and one could describe her as either being a bit slow mentally or in maturity for her age, or simply being charmingly naïve and adorable enough that you could understand why the world has allowed her to continue being so childish for her late 20s.

Where she is at in life, career wise or financially, is an extremely New York socio-economic story that is realistic to many around her age today. In fact, the most unrealistic part of the movie is her getting her own apartment on a job that I am sure cannot possibly pay the rent without the aid of a roommate.

Some of the lessons she learns were about things that happened to me and probably to most girls in their early 20s. The story is really about friendship, particularly the close bond, both mentally and physically, that female friendships can have in their 20s, and the difficulties in those friendships that can be harder if not more heartbreaking than a romance (as most think that friendships will never end, unlike the odds in a relationship). It’s about having to go out into the world on your own because people grow apart and begin to have lives of their own.

The struggle of having to accept that those intense bonds can change with time, like the day your best friend does not tell you absolutely everything (and you may find out from second-hand news sources), is painful. I related the most to Frances’ story about her best friend getting married, and the feeling of losing a friendship to a marriage one might feel snatches your best friend. The hardest part of seeing my friends getting married and having kids is feeling the same on the inside, but being alone in the sandbox because your close friends just don’t have time for your shenanigans, or they can’t always join anymore. It’s as if the marriage took away that intimacy and you must now share your best friend, and be adult about it (such as becoming friends with their spouse and entering their new world that may include wine parties with cheese). Her best friend also struggles with the new married life, freaking out at what she has entered, missing her old life with Frances.

Frances has sad attempts at recreating her best friendship with others, not realizing that the dynamic and closeness you have with a person (especially a best friend) is impossible to reenact.

The most fascinating part of Frances Ha was the fact that the entire movie does not have even a hint of a romance potential or sex with the main character. Usually in movies, for a woman (or even a man) to get their life together, they must also find a romantic partner along the way that makes things complete. Not in Frances’ case.

She has an entire journey alone, making mistakes and accepting her own stubborn nature, while attempting at times to save her friendship, and never once mentioning the yearning to have a boyfriend or even looking at a boy (she does go on one date and he becomes her roommate). The romantic part happens at literally the very last scene (where she is asked out), but it is absolutely irrelevant to the movie and happens after she has gotten her shit together and she is just as surprised as maybe the audience might be.

She does yap about finding a soul mate in one scene. Then comes the realization that her best friend is her soul mate, and her married best friend also learns that the meaning of a soul mate is not necessarily the social expectation of it being your spouse.

In Mr. Jealousy the main theme was a romance (and a side story about marriage and friendship, too), with the main characters having issues with romantic pasts and more serious struggles about career ambitions reaching thirty. However, they also learn in the end that regardless of professional or romantic failure, they need acceptance, self-forgiveness, and self-improvement too. Perhaps the career and economic aspect was only a bit different because there was no financial crisis or people moving back home due to the job market back in 1997.

In Frances Ha, I was surprised how Noah Baumback managed to truly write a female character that was so raw, honest, and extremely relatable. I later discovered why. It was co-written by Greta Gerwig (the star of the movie), which made more sense to me as to how he could depict the female complexity and create such an intimate portrait of close female friendship.

The movie is full of hilarious scenes, beautifully shot in black and white, and Greta is adorable and cute, yet not annoying. Miracle! 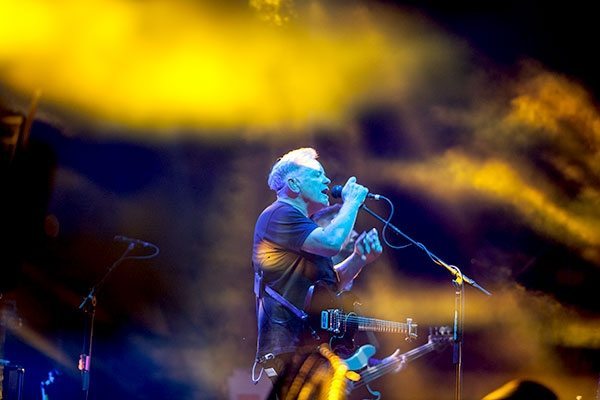