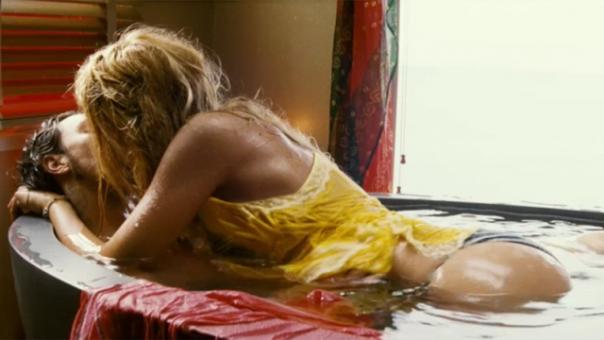 Oliver Stone return to a more visceral material (he’s been occupied with political movies in the past decade) shows all his talent as a director with a vibrant and violent tale of sex, drugs and a Mexican cartel.

Two pot growers – business man/botanic specialist Ben (Aaron Johnson) and former U.S. Navy SEAL Chon (Taylor Kitsch) – confront the Baja Cartel led by Elena Sanchez (Salma Hayek) and Lado (Benicio del Toro) to rescue their girlfriend O (Blake Lively), who was kidnapped as a warning for the two of them to play ball and not screw around with the cartel. Yes, their girlfriend, they like to share, OK? John Travolta plays a corrupt DEA agent (finally showing the world his receding line) and you’re left wishing he had more time on screen.

The movie is based on Savages, a novel by Don Winslow, which got critical acclaim, however, the movie never quite captures its sarcasm and cultural criticism. Savages juxtaposes the impetuosity of the Mexican cartels with the vacuity of mainstream media and you don’t see a shred of that in the movie. For all its ferocity, having Blake Lively narrates a story of heads blown, eyes gauged out and threesomes with a hazy voice, seems a bit of a stretch. It takes a lot of effort to not laugh at her narration.

Although the movie has boastful pyrotechnic (at times it looks like a contest to see who is the most savage), and lots of gore, it’s hard to care about such empty characters, namely the heroes: Taylor Kitsch, Aaron Johnson and Blake Lively. The movie is carried by an energetic Salma Hayek, who is at her best in one of her meatiest roles in years, Benicio Del Toro, who plays the menacing and gruesome Lado and John Travolta. Savages is not as explosive as you would expect and not as sexy as the novel was, it looks like Olive Stone decided to play safe, which is very disappointing given that we’re talking about Oliver Stone. 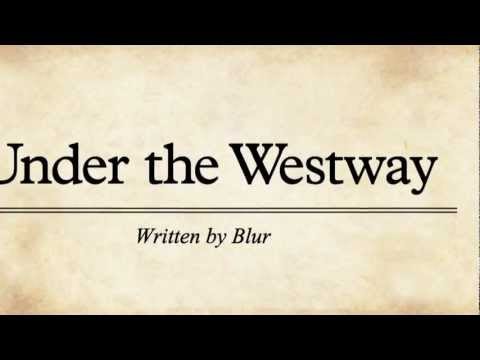 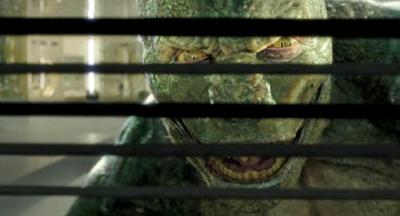