I woke up this morning with a group text from a friend of mine saying: Die, Ben Affleck Die. I replied, what did he do now? A third person interjected, he’s Batman.
Clearly, I overslept.

When I went on the Internet today it was like I was Marty McFly waking up in alternate 1985. What the fuck just happened?

Am I taking crazy pills? There’s a lot in this story that doesn’t make sense. First of all, Ben Affleck just got his groove back in acting with subtle everyday guy roles in the movies he directed. Why make such a gamble with a tentpole like a super hero franchise? Wait, I just answered my own question. Secondly, after making billions of dollars with The Dark Knight Trilogy, why is WB making the worst casting choice since Topher Grace in Spider-man 3?

I haven’t seen a movie with Ben Affleck prior to the buzz he got from The Town. Hell, I haven’t even brought myself to watch The Town yet! I did see Argo and it’s a great movie. He’s there and he doesn’t do a disservice. However, Daredevil. Sorry, but I’ll never forget.
I’m sure the movie will be fun and all, but just the thought of paying to see Ben Affleck act as Batman is just disturbing. I’d rather see Pauly Shore playing Stoney in an Encino Man sequel. Seriously.
“Bull. Cow.”

This is the life achievement award for overacting.
You know what’s gonna happen next, right? Kevin Smith is gonna play Penguin. Jason Lee will play the Joker. Matt Damon is Harvey Dent. Jennifer Lopez as Cat Woman. Jennifer Garner will play Vicky Vale and so on and so forth.

This is gonna be fun. 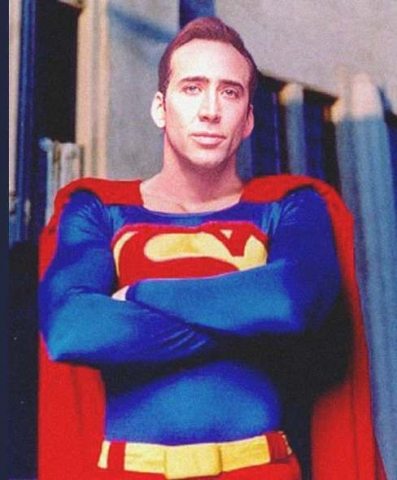