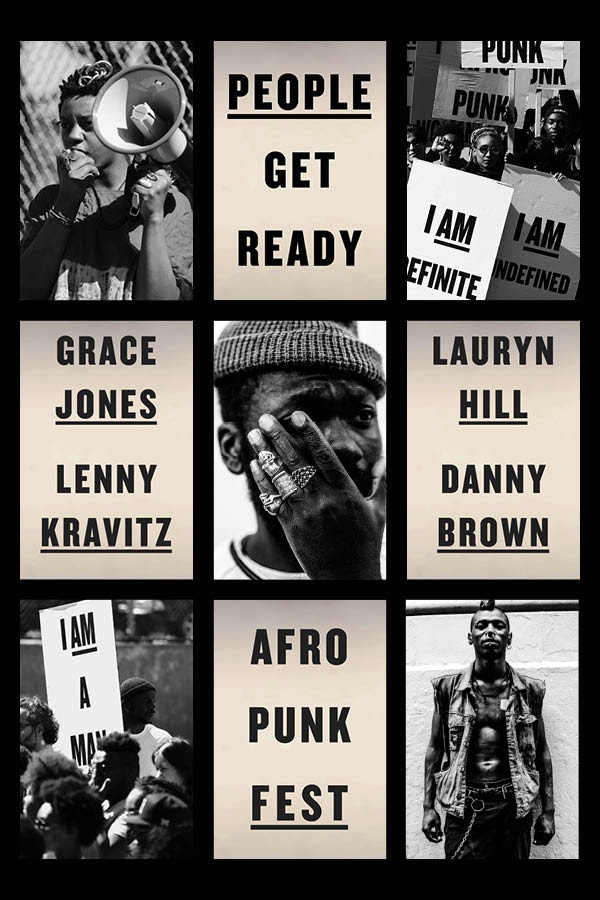 AFROPUNK FEST, the now world renowned Festival that just took place in Paris last month, has announced the lineup up for its flagship Festival, AFROPUNK FEST Brooklyn to take place August 22nd & 23rd at Brooklyn’s Commodore Barry Park. The 2015 AFROPUNK Festival, whose lineup includes Grace Jones, Lenny Kravitz, Ms. Lauryn Hill, Kelis, Danny Brown, Suicidal Tendencies, Thundercat, GoldLink, Kaytranada, Curtis Harding and many more (full lineup below) will be the biggest undertaking of the critically acclaimed festival yet. In advance of the fest AFROPUNK will be throwing their first annual AFROPUNK FANCY DRESS BALL w/ special guest Grace Jones, Cakes Da Killa & MikeQ with Special Guest to raise funds for their AFROPUNK Global Initiative: an alliance dedicated to moving the needle of progress closer to a holistic, democratic and enlightened representation of people of color within all facets of society with the goal to create unique programming that encourages diversity in media.  The AFROPUNK FANCY DRESS BALL will take place August 21st at Commodore Barry Park.

Due to the amount of attendees (60,000 last year) the festival has now moved to an affordable paid and earned ticket program to the event to assure entry. AFROPUNK has been long known as an advocate of cultural change as well as change directly in the Brooklyn community. The earned ticket program, called AFROPUNK Army, expounds upon that giving fans the chance to volunteer for an earned ticket. AFROPUNK will work closely with partners to provide low barrier volunteer activities and projects for youth to complete in exchange for a ticket to the festival. The volunteer program will create awareness for organizations in need, provide access to an engaged pool of valuable resources and help deliver a sustainable impact to communities. Sample projects include landscaping (beautification, painting), packing supplies (meal prep, serving) and advocacy via social promotion.

Additionally AFROPUNK will be bringing the 2 day festival to Atlanta’s Central Park on Saturday, October 3rd & Sunday, October 4th. You can sign up at  afropunkfest.com to receive more info as it comes, volunteer programs for an earned ticket and for the AFROPUNK ATL lineup announcement coming soon.