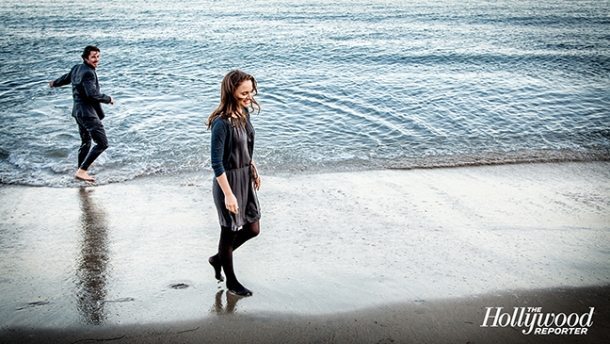 The buzzy “Jobs” opens this weekend and I have a feeling this movie is gonna go all the way. What I mean by that is, this movie will probably get an Oscar nomination. It was like The Social Network. It wasn’t the greatest movie ever, but as they say, the Academy loves topical, era relevant movies. Below you have a list of future releases that I think will also go all the way to the red carpet of the Oscars awards ceremony.

The story of a con artist and his partner in crime, who were forced to work with a federal agent to turn the tables on other cons, mobsters, and politicians – namely, the volatile mayor of impoverished Camden, New Jersey.
August: Osage County

A look at the lives of the strong-willed women of the Weston family, whose paths have diverged until a family crisis brings them back to the Oklahoma house they grew up in, and to the dysfunctional woman who raised them.
The Wolf of Wall Street

Based on the true story of Jordan Belfort, from his rise to a wealthy stockbroker living the high life to his fall involving crime, corruption and the federal government.
The Monuments Men

In a race against time, a crew of art historians and museum curators unite to recover renowned works of art stolen by Nazis before Hitler destroys them.
Fruitvale Station

The purportedly true story of Oscar Grant III, a 22-year-old Bay Area resident, who crosses paths with friends, enemies, family, and strangers on the last day of 2008.
Gravity

A medical engineer and an astronaut work together to survive after an accident leaves them adrift in space.
12 Years a Slave

The true story of Captain Richard Phillips and the 2009 hijacking by Somali pirates of the US-flagged MV Maersk Alabama, the first American cargo ship to be hijacked in two hundred years.
The Fifth Estate

A dramatic thriller based on real events, THE FIFTH ESTATE reveals the quest to expose the deceptions and corruptions of power that turned an Internet upstart into the 21st century’s most fiercely debated organization.
All Is Lost

After a collision with a shipping container at sea, a resourceful sailor finds himself, despite all efforts to the contrary, staring his mortality in the face.
The Secret Life of Walter Mitty

A man, temptations, celebrity, and excess.
Her

A lonely writer develops an unlikely relationship with his newly-purchased operating system that’s designed to meet his every need.
The Past

An Iranian man deserts his French wife and two children to return to his homeland. Meanwhile, his wife starts up a new relationship, a reality her husband confronts upon his wife’s request for a divorce.
The Counselor

A lawyer finds himself in over his head when he gets involved in drug trafficking.