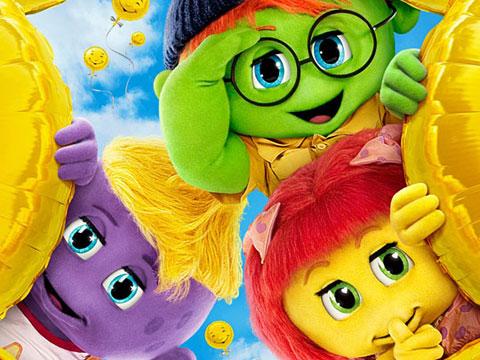 You know what kind of movies come out at the end of August? Shitty ones. So shitty they put both “Based on a True Story” Possession stories one week apart. Do you know why? Because no one cares in August. If you called Hollywood right now, you would get a voicemail. The next batch of horror movies are coming out in one month. Pumpkin pie is around the corner. Seriously who cares about movies in August? Last weekend, the Anti-Obama documentary, “2016 Obama’s America”, made more money than any other new release. The only people that care about movies right now hate Obama, so I’m not going to the movies.

The first movie I’m not going to see is “Oogieloves in the Big Ballon Adventure”. Yup, that’s a movie. And in case you haven’t taken crack-cocaine and watched the Teletubbies, you’re in for something new. Ogieloves are like the Teletubbies because they both involve men dressed up in bright costumes and giggling alot. The big difference between the two is the Oogieloves looks so much worse than the Teletubbies. If the Teletubbies are the equivalent of Season 3 of “The Office”, the Oogieloves are Season 7 of “The Office”. The premise of the movie appears to be about some creepy puppets and an abnormally large balloon. Check out the trailer below, and you will get to see the big stars they advertise like Toni Braxton, Chaz Palminteri, and my neighbor Steve. I only bring up Steve because he’s more famous than Toni Braxton.

The second movie I won’t be wasting my time with is “The Possession”. This stars Jeffrey Dean Morgan, but you may know him as the poor man’s Robert Downey Jr. His little girl buys a box at some flea market. What’s in the box? The Devil. She gets possessed…and you’ve seen this movie before. You may in fact have seen the movie last week, when “The Apparition” came out. Please don’t do it…go rent Casper. Side note, this years horror movies look horrible. The best option is the new Resident Evil movie…I never thought I’d say that.

Also, just an FYI, there’s a movie called “Lawless” also coming out this weekend starring Tom Hardy and Shia LeBouf. They star as old school gangsters from the 20’s, or they’re “before and after” pictures from a P90X commercial. Man I love how active Paul Ryan is!

What you should see this weekend: “Nothing”

What you you should this weekend if your cat was kidnapped: “Lawless” 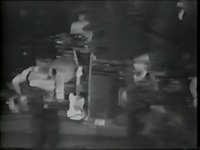 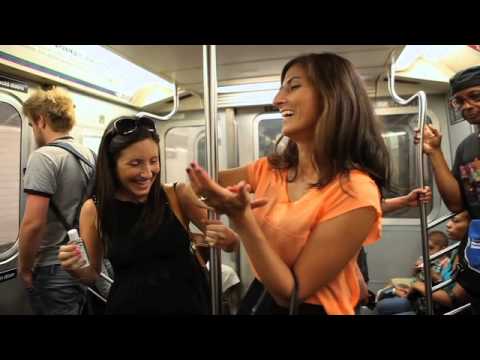