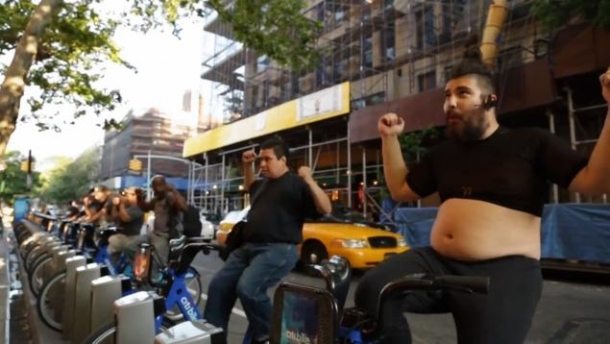 The caption for the photo is - Comedian Fat Jew gives spinning classes on the new Citi Bikes.

It was the great Fran Lebowitz that said Mayor Bloomberg came from a generation, in which in the Jewish community if you were a man and did not become a doctor, you were considered a loser. Thus, he now tries to play doctor with New Yorkers with absurd ads about calories in soda and the need for exercise.

New York being a state with some of the least amount of obesity in the country. Also, New York City being the place in which one must walk and go up and down subway stations at least twice a day (don’t you call that exercise?).

Bloomberg has done it again with the Citi Bikes. Let’s not even get into the fact that most accidents on the roads happen between bicycle riders and crazy drivers in Manhattan. There is also no law about wearing a helmet for safety.

In the short period of these blue female bikes that were supposed to help New Yorkers this summer use less public transportation and stay in the marvelous shape Bloomberg probably thinks he is in…he already fucked up again. A software glitch caused a major security breach that gave away personal and financial information, including credit cards, of more than 1,000 New Yorkers (and counting).

Do you still feel like joining the blue trend? 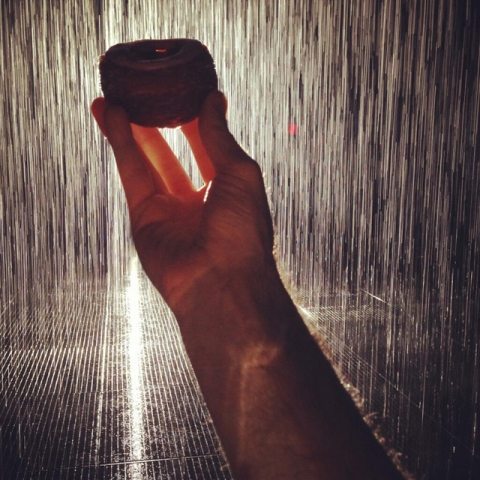