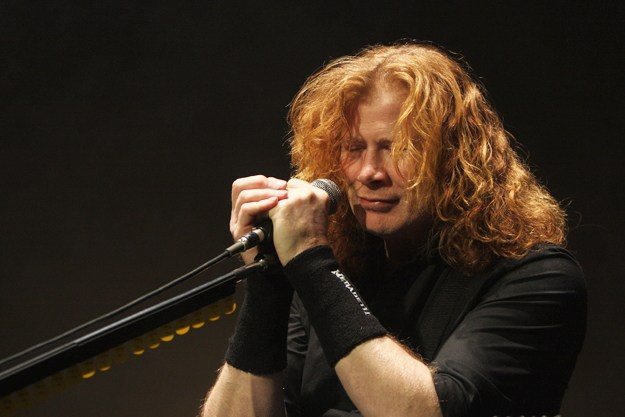 Megadeth’s Dave Mustaine has received some serious heat from the remarks he recently made onstage in Singapore claiming that Obama “staged” the shootings in Aurora, Colo. and the massacre at the Sikh temple in Milwaukee, Wis., to promote stricter gun laws. But don’t fret Megadeth fan, we have a reasonable explanation for that.

While riding a Greyhound bus, Mustaine decided to rent a car instead, since he didn’t feel like dealing with people after he was fired from Metallica. It was then, while driving his car on I-70, in the middle of the night, that he saw this spaceship in the shape of a Flying V guitar land right in front of his car.

Mustaine didn’t know what to do, or what it was, but he was aware that it was a thing from outer space. Oddly enough, when the door of the spaceship opened (right from under the bridge), he saw this human like creature that resembled King Diamond, that otherwise would be a threat to anyone else that didn’t know anything about devil’s horns and things of the sort. He felt at ease. King Diamond was a righteous dude and so would this alien too.

The King Diamond alien creature (or K-DAC) approached Mustaine carrying what resembled a suit case, and in it, Mustaine’s destiny. The alien gave him the suit case and told him that if he accepted his destiny, another being would take his place while he would carry on to greater things. Mustaine accepted his new job almost instantaneously.

He entered the spaceship and met his clone. That guy looked almost exactly like him, skinny jet black jeans, the asshole grin, but he had a cross, you know, one of those Jesus’ crosses and he was carrying a book with the title “The Born Again to Mega Death Manual.” The real Mustaine asked, what is that book? King Diamond alien creature using falsetto screeched “don’t aaaaaaask!”

The real Mustaine left the spaceship and he wave the clone Mustaine and King Diamond goodbye. In the suit case he found a red uniform with a cape and a pair of underwear he was to use over his pants and the K-DAC said that he was to defend the weak and the oppressed. He was confused, he wanted to embrace his destiny, but he thought the uniform was a terrible idea. He went on and gave it a whirl, but he couldn’t get a hang of the flying thing. Frankly, it was embarrassing. However, now you know that the Greatest American Hero was based on Dave Mustaine’s life and that he is not actually an asshole, he has an alien born again clone.

Now you can resume your Megadeth listening as if nothing ever happened. 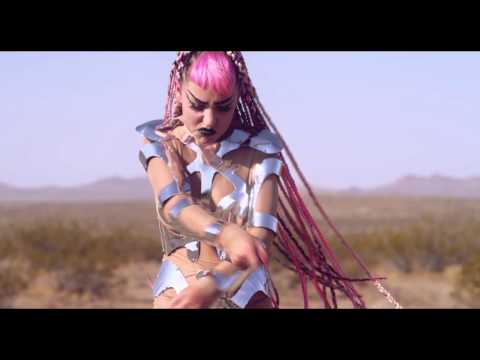 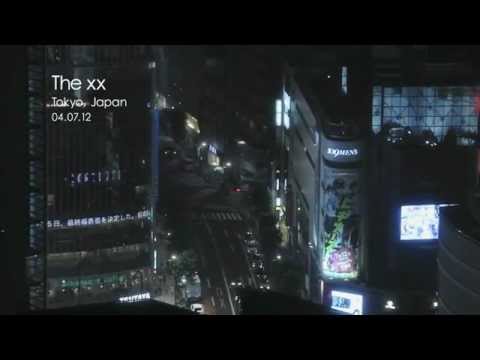