Legacy Recordings, the catalog division of Sony Music Entertainment, is proud to announce that Manic Street Preachers (the influential post-punk industrial modern rock band formed in Blackwood Wales in 1986) will celebrate the 20th anniversary of The Holy Bible (Manic Street Preachers’ third studio album) with “The Holy Bible Tour,” the group’s first North American concert dates in six years, and the release of The Holy Bible 20, a newly expanded edition of the widely acclaimed masterpiece. The upcoming tour, which will begin in Washington DC on Monday, April 20 at the 9:30Club, will also hit major markets such as New York, NY on Thursday, April 23, Boston, MA onFriday, April 24, Toronto, ON on Monday, April 27, Chicago, IL on Wednesday, April 29, Los Angeles, CA on Saturday, May 2 and culminate in a performance in San Francisco, CA on Monday, May 4. Information on tickets can be found on http://www.manicstreetpreachers.com.
The Holy Bible Tour 2015

For ticket info, go to http://www.manicstreetpreachers.com. 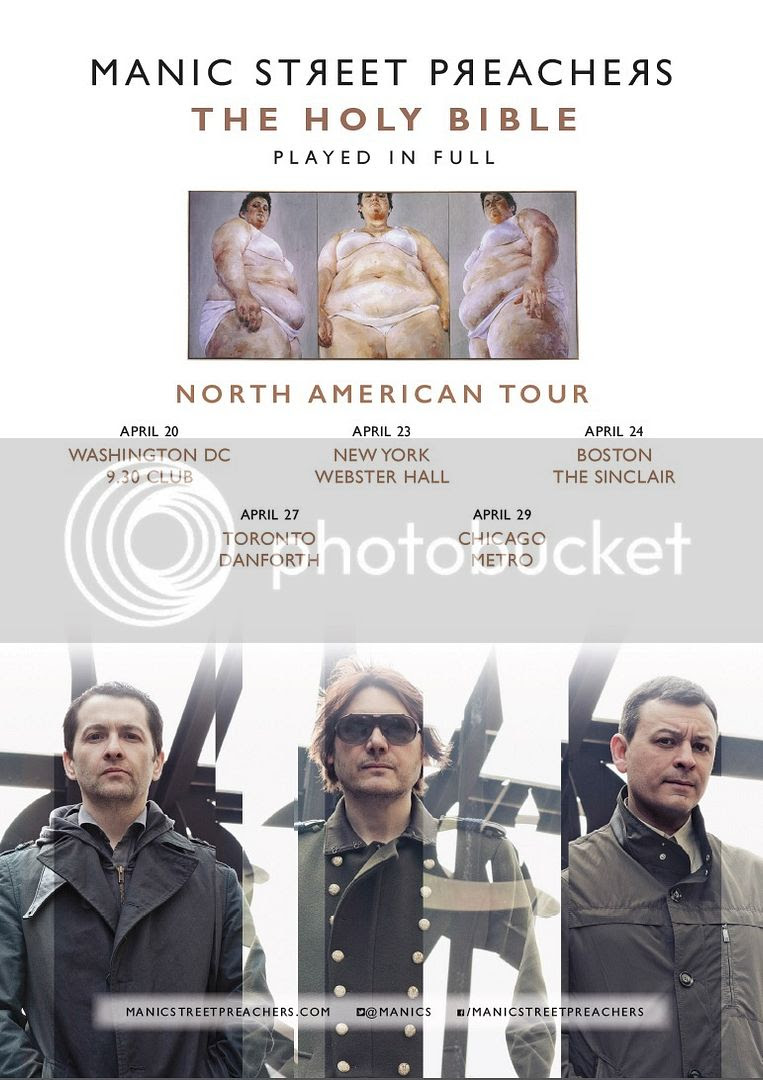