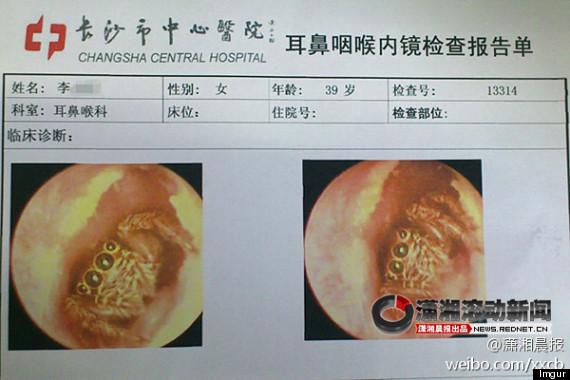 You know how Ellen DeGeneres shoos away bugs from her house because she doesnt want to kill them? Well, do you see the picture above? Yeah that was taken at China’s Changsha Central Hospital, after a Chinese woman checked in, complaining of itching inside her ear. Her left ear.

The challenge for the doctors was to find a way to take the spider out, and not make it go deeper into her ear canal or bite this poor woman. So they filled her ear with saline and played some Angry Birds while waiting for the outcome. The latter is just conjecture, but Im sure thats what happened.

Now the fun part:
Apparently, this spider was nesting in this womans ear canal for 5 days, due to some renovation shes doing at her house, while she was sleeping. Like that sappy Rom-com with Bill Pullman and Sandra Bullock, but instead of a creepy relationship, it was a creepy spider nesting inside her head. 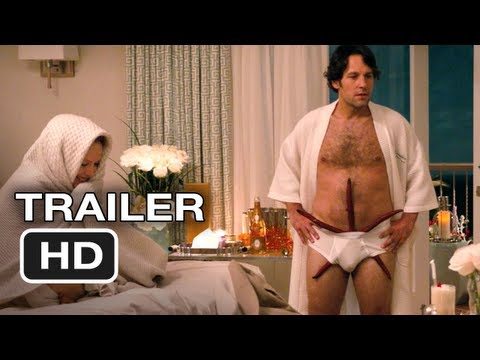 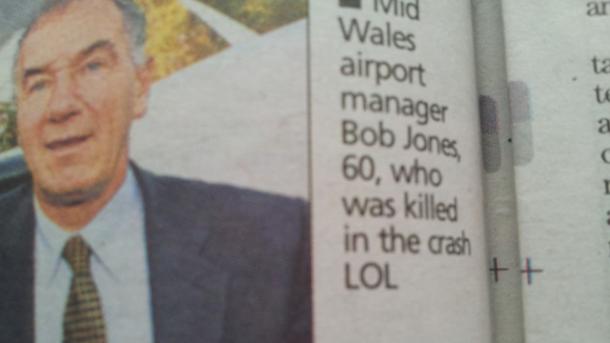