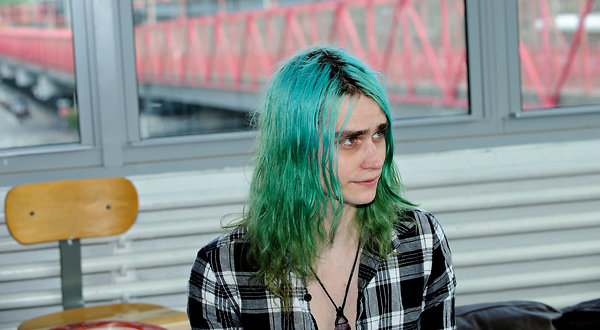 The NYT is telling us about a new trend in music called seapunk. Is it new? Yes, new as the new in New York Times, so no. Not at all. Is it relevant? They explain:

Sprouting from the digital petri dish of social networking, seapunk is a whimsical style that mashes together cartoonish aquatic themes, rave culture and a nostalgia for ’90s Internet imagery. The iconography, which exists almost entirely online, includes clip art of dolphins jumping through pyramids, aquamarine-haired mermaids with SpongeBob T-shirts, and psychedelic orbs flying over computer-generated waves.

Like LOLcats and pedobear, it is an inside Web joke that feeds off its own ridiculousness.

“Micro-genres dovetail perfectly with online media’s thirst for novelty,” said Mark Richardson, an editor at Pitchfork, a music Web site. “I also think there’s an overriding awareness of the absurdity involved that is part of the appeal.”

I’m pretty sure this sounds as convincing as the old reporter dudes from the NYT talking about how they “love to tweet”, keep it in your pants, grandpa!  I can’t predict what’s going to happen to seapunk, but if you want to sound cool to your friends, you should probably rave about it, while you can.

You can read the entire thing here: The New York Times Sizes Up The Microgenres.

You can listen to some mad seapunk tracks from Zombelle here.